Based on feedback from the community it was decided to broadcast the local Junior A hockey team’s home games. The team was interested in increasing awareness of the team and support of their branding efforts. Another goal was to increase ticket sales by sharing the game night experience with the local viewers.

We record the games live in partnership with the local radio station, who provide the audio play-by-play commentary. The game recordings are then broadcast on the local community TV channel at a later date but before 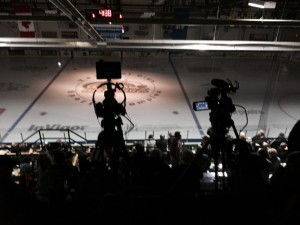 the next home game.

The game play makes use of three cameras to capture the action. Instant replays are provided following an important play such as a goal.

Graphics include game openers, scoreboard and advertising cards via a split screen view. The rebroadcast version includes game night interviews with players, coaches and volunteers involved with the local team. 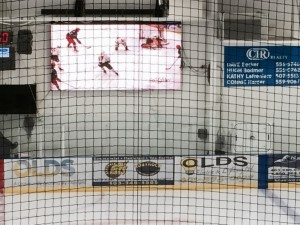 game-play and replays. The video stream is also provided to ‘FastHockey’, which is a subscriber based live web-stream service used by the Alberta Junior Hockey League. 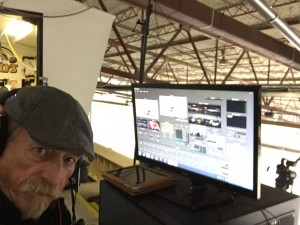